One century ago this week, the 19th amendment was ratified in Nashville, Tennessee, securing American women the right to vote.  Do you know the story? It’s time to celebrate with a little history! The following is a brief summary that barely scratches the surface of this amazing chapter in American and Tennessee history.

On a sweltering summer day in 1920, after seventy-five years of a growing national movement and 15 months of state ratification battles, it all came down to Tennessee. If this legislature did not vote yes to the 19th Amendment, women would likely remain disenfranchised.

Women’s suffrage (derived from the Latin suffragium, the right or privilege to vote) was radical in its time. Even in the twentieth century, women had no legal rights and were basically considered their husbands’ property. The first leaders of the movement began as abolitionists. Frederick Douglas and Susan B. Anthony supported each other throughout their complicated 45-year friendship, reflecting the complex relationship between abolitionists and suffragists.

The idea of women voting became more culturally plausible to a growing number of women after the turn of the century. During World War I, women were called on to wear their husbands’ clothes to go to their husbands’ jobs and earn their husbands’ wages while the men were fighting overseas.

As the soldiers returned to the states in 1918, many women didn’t want to give up their newly-found sense of citizenship and independence. By this point, millions of women had joined the suffrage movement, marching, picketing, donating, lobbying, being imprisoned, and using their influence on their husbands to win their right to vote.

In June of 1919, the U.S. Senate voted to pass the 19th amendment. But the battle still had far to go. This began the ratification process, in which three-fourths (36) of state legislatures must vote in favor of the amendment in order for it to become law.

Could Tennessee Become the 36th State?

By July 1, 1920, thirty-five states had approved the amendment, eight rejected. Of the five remaining states – Connecticut, Vermont, Florida, North Carolina, and Tennessee – the latter seemed the best and possibly only hope of the amendment’s passage.

At first, being a southern state, Tennessee seemed staunchly under the anti-suffragists influence. But as the national suffrage and anti-suffrage leaders converged on downtown Nashville, arriving at Union Station and setting up headquarters at the historic Hermitage Hotel, the momentum towards ratification grew.

Elaine Weiss’ book, The Women’s Hour, tells the whole story of the summer of 1920, along with the decades leading up to the vote of the “Perfect 36.” Weiss explains the significant forces against the suffrage movement.

Groups and reasons against included:

Christians. The widely-held assumption that women were the weaker sex was rooted and cemented in most denominations’ interpretation of scripture. As such, a woman was neither smart enough, responsible enough, or morally strong enough to enter the dirty political realm. Her place was in the home. As one Presbyterian minister preached from the pulpit, “When she takes the ballot box, you’ve given her a coffin in which to bury the dignities of womanhood.” A good Christian woman was to stay home and trust that her husband knew best how to vote for her.

Carrie Catt learned this lesson abruptly at the age of 13. A clever Iowa farm girl, she loved reading the newspaper and participating in her family’s lively political debates at dinner. On election day in 1872, Carrie became puzzled when she noticed father and brother and illiterate hired hands dressed in their finest, ready to go into town to vote for Ulysses S Grant, while her brilliant and politically-minded mother, who supported Horace Greely, sat at the table in her house clothes. “Aren’t you going to go vote?” She asked her mother. The men, and even her mother, burst out laughing at the idea. Her father had to explain it plainly: voting is too important a civic duty to be left to women. She felt the embarrassment in her chest, and the sting of this injustice in her bones. In that moment she vowed to spend her life in the pursuit of the women’s right to vote.

Carrie did indeed, with her strong leadership, excellent oratory, hard work, and smart political mind, leading millions of Americans as the tide slowly began to turn, and fewer Americans laughed at the idea of women voting for president. It was not simply a political goal; it was a moral inevitability. By 1920 she’d spent more than 30 years in the suffrage movement. She’d continue to lead the League of Women Voters until her death in 1947.

Back to the forces against…

Republicans. Even the Party of Lincoln could not stomach the idea of black women voting, and integrated polling places. Any politician in power – anyone who benefited from the status quo – could stand to lose their advantage with massive new voting blocks suddenly coming into play. Change is always the enemy, right?

Railroads. The L&N had the Tennessee legislature in its pockets. In turn for favors monetary and otherwise, the legislators were soft on railroad regulations. This arrangement could be disturbed by women voters coming in and voting their conscience.

Liquor Industry. Women were likely to vote to enforce prohibition, which would be very bad for business. The Jack Daniels Room at the Hermitage hotel served whiskey to legislators non-stop, reminding them to vote no.

Women. The Anti-Suffragist movement was large and well-funded. These traditional women were unnerved and even disgusted by the post-war women’s liberation movement and the feminist flappers. They firmly believed a woman’s place was in the home, and having the right to vote would pull her out of domestic bliss and threaten to disrupt the natural order of the family. (See Christians and Men for the source of their worldviews.)

Men. It was common sentiment at the time that “what women ought to have is a question for men alone to decide.” Men held dominion over women. In most states women could not file for divorce or have any legal recourse, much less own property or businesses; they were more like property than persons. (However they did pay taxes; “taxation without representation” became a cry of the movement.) Men believed women were by nature irrational, not intellectually equal, too emotional and sentimental, weakened by pregnancy and menstruation (during which times a woman’s “mental equilibrium is disturbed”), all of which does not qualify them to vote appropriately. Women were too pure to be involved in the sully nature of politics. One more male reason, just for kicks: Government is based upon force, so only those who can bear arms should be able to vote. See this pamphlet by a leading Tennessee male anti-suffragist.

The white majority.  The strongest argument against women’s suffrage (especially, but not only, in the south) was the fact that guaranteeing women the vote meant guaranteeing black women the vote. This was absolutely unacceptable to many Americans. Such racial equality would undermine the southern way of life, and threaten the status-quo in nearly every state legislature. “Save the South,” one flyer pronounced, “from the Susan B Anthony amendment and the federal suffrage force bills.”

Consider all these groups against, and also consider these were the people with the majority of the resources, influence, power, and political offices that ruled the status quo. And to state the obvious, only men could vote to give women the right to vote. It’s truly amazing the suffragists were able to accomplish the passage of the 19th amendment!

The governor had sole power to convene a special session of the state legislature, bringing them back to Nashville on an off-year (the legislature met every other winter). Governor Albert Roberts had told the suffragists he would call the session if, and only if, he won his primary election on August 5th. He did win and called the special session for Aug 9th. Suffragists and anti-suffragists whipped into a further flurry of campaigning with only a few days to secure votes. (Roberts would go on to lose the general election in the fall, due in part to his role in ratifying the 19th.)

The legislature convened August 9, and by the 13th, the senate had heartily endorsed the suffrage amendment and passed it along to the house.

Then in a completely unexpected and non-political move, Harry T. Burn, a 24-year-old from a tiny East Tennessee town, changed his vote from no to yea. That very morning he’d received a letter from his mother that pierced his conscience:

Hurrah, and vote for suffrage!  Don’t keep them in doubt.  I notice some of the speeches against.  They were bitter.  I have been watching to see how you stood, but have not noticed anything yet.

Don’t forget to be a good boy and help Mrs. Catt put the “rat” in ratification.

With the red rose still in his lapel, after his historic vote, it’s fabled that furious anti’s chased him out of the building… or maybe it was the congratulatory suff’s chasing him upstairs and out onto a window ledge, or maybe they’d gotten wind of his mother’s letter and chased him down in-between votes, dangling him out the window by his neck tie…  (That’s how my husband’s family tell the story. His great-grandmother was one of those suffs!) His family says he hid in an attic room before climbing out the window unseen and walking to a safe hiding place.

After the vote, anti-suffragists made several last-ditch efforts to nullify the vote based on constitutional technicalities, but those failed. On August 24th Governor Roberts certified the vote, and on August 26th it was certified by the federal government and officially became law.

As a woman, I am celebrating all these dates over the next week! I am deeply indebted to these brave women who spent their lives and livelihoods, as well as to the men who ultimately granted me my right to vote. Each time I go to the polls, I can’t imagine being denied such a privilege because of the the way God made me. Learning about the ratification of the 19th amendment has deepened my patriotism, my desire for all people to be treated equally, and my gratitude to the women who have gone before me… beginning with Abigail Adams’ admonishment to “remember the ladies!”

There are a multitude of stories about what went down in Nashville during the hottest weeks of the summer of 1920. From President Wilson weighing in, to the Jack Daniels room in the Hermitage, to the political maneuvering of a governor in the middle of his own re-election campaign… From the drama of the first two deadlocked votes and a shocking  tie-breaking vote change by the youngest legislator, to a fabled chase out a window, to the red (against) and yellow (for) roses all over town… the more you learn, the more amazed you’ll be that the 19th Amendment became law in 1920.

Several books are out there. I’d again recommend The Women’s Hour, especially for Tennesseans.

For online reading, here are a few resources:

Alice Paul, a force to be reckoned with

An overview from the Tennessee State Archives

Further links from the Archives

One thought on “How Women Won the Right to Vote 100 Years Ago Today: A Tennessee Story” 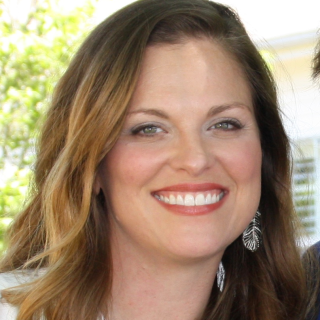