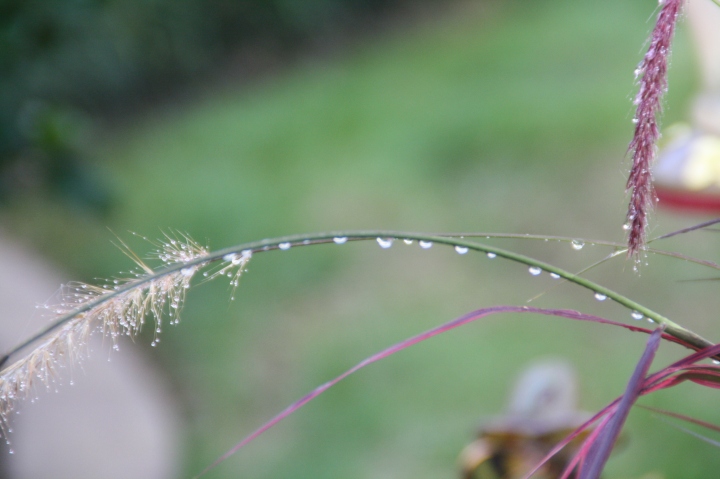 Saturday night I dreamt of coming into church the next morning and being given a bulletin. A striking picture filled the front: a woman sitting at the bottom of a staircase with her head sunk down, hands covering her tear-soaked face. The title at the bottom simply stated, “Rachel’s Day.”

Upon waking I knew which Rachel it was. Not me, but Rachel weeping for her children because they are no more.

The prophet Jeremiah received a word from God in a dream for His people in crisis. Nation-wide crisis! They were being taken captive by the Babylonians. The symbolic matriarch Rachel was weeping because her children were being carted off to Ramah, a staging point before being deported into slavery in the enemy’s land.

In a book filled with warnings, this particular prophecy acknowledges the sorrow of captivity but bookends it with promises.

I felt like my dream was timely for specific people at church Sunday morning, for anyone weeping for their children because they are no more – whatever the ‘no more’ may look like. I wonder if it may be timely for more Rachels sitting at the bottom of a staircase. If that phrase pierces your heart, it’s your day. You have some promises to cling to in the midst of your mourning. Take them in deep, dear ones, and know that you are not alone…

Hear the word of the Lord, O nations,

And declare in the coastlands afar off,

And say, “He who scattered Israel will gather him

And keep him as a shepherd keeps his flock.”

For the Lord has ransomed Jacob

And redeemed him from the hand of him who was stronger than he.

“They will come and shout for joy on the height of Zion,

And they will be radiant over the bounty of the Lord—

Over the grain and the new wine and the oil,

And over the young of the flock and the herd;

And their life will be like a watered garden,

And they will never languish again.

“Then the virgin will rejoice in the dance,

And the young men and the old, together,

For I will turn their mourning into joy

And will comfort them and give them joy for their sorrow.

“I will fill the soul of the priests with abundance,

And My people will be satisfied with My goodness,” declares the Lord.

“A voice is heard in Ramah,

Rachel is weeping for her children;

She refuses to be comforted for her children,

Because they are no more.”

“Restrain your voice from weeping

And your eyes from tears;

For your work will be rewarded,” declares the Lord,

“And they will return from the land of the enemy.

“There is hope for your future,” declares the Lord,

“And your children will return to their own territory.”

2 thoughts on “Hope for Grieving Mothers”